What is Online Audio Mastering? 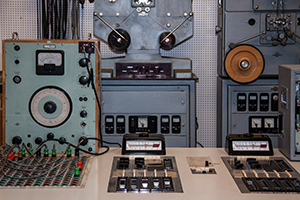 So let's jump into our time machine go back a whole bunch of years. We’ve landed in the 1940s, the birth of audio mastering. Mastering was originally the process of preparing a final mix for the duplication master to be pressed onto vinyl. And with vinyl (even to this very day) there's some very specific restrictions about what you can put onto a vinyl record. We'd mix it to half-inch tape or quarter-inch tape, but it would be distributed on vinyl or cassette or CD or eight-track cartridge. And the primary job of the mastering engineer was to handle the transfer between the recording format and the distribution format. That was a specialized job requiring specialized expertise and specialized equipment. There's specifications about dynamic range (loudness) and there's specifications about how much of certain frequencies can be pressed onto record.

Mastering studios contained compressors and equalizers and DSS and limiters, but crucially, it wasn't the primary role of the mastering engineer to make your music sound better. Their job was to preserve as much as possible of the original sound quality whilst transferring it to a new format. The problem was (and still is) if you get the levels wrong you run into unwanted distortion and if you got some of the levels and the frequencies wrong combined. Literally the turntable needle or stylus would bounce around on the record.When you were cutting a record, the quality of the mastering could make a huge difference to how good that record would sound. And whilst we don't think that great mastering ever actually made anything into a hit. I'm pretty sure that bad mastering could stop something from being a hit. In fact, a really, really bad master could stop anyone from being able to play your record. That's not good! So the original (OG) audio mastering engineers would prepare that final mix over to the duplication master template in a way that was technically correct. It was some years later people started to realise that when you did some of that preparation which was done with primitive equalisation and compression. You could dramatically alter and enhance the sound of the recording in a positive way.

Fast forward to the 21st century and we all record and mix music has digital files on a computer. We also listen to music as digital files on a computer, and we distribute music as digital files on a computer. So online audio mastering engineers progressively became more and more part of the creative team. It was less about a technical guy in a lab coat. And as records progressed over the decades more and more mastering engineers started to become thought off as part of the creative process. When the digital compact disc was introduced in 1982. The mastering game changed because whether you liked vinyl or compact disc. CDs didn't have the same technical restrictions that vinyl had. Becuase compact discs were a digital format and all of a sudden you didn't have to worry about how much dynamic range was on the album. You didn't have to worry about how much of a certain frequency was on the album. It became more about the mastering engineer making sure the album sounded great and consistent across all songs. And at that stage, audio mastering became perceived as a vital enhancement process more than just a technical process. 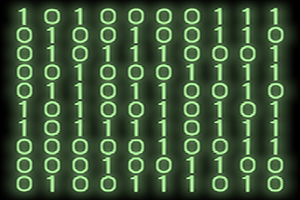 Fast forward to today. In modern audio mastering studios we've got a big range of specialist tools available to us even though it's the final production process. There's things we can do with compression, with limiting and equalisation. Even just tricks with phase where we're modifying the stereo imaging different than the centre imaging. There's actually a great deal that can be done at the mastering stage to enhance the final audio production. And so mastering engineers are going to use any of the available tools to enhance the sound of the audio recording as well making sure everything is in check for playback both in the analog and digital domains. We don't have to worry anymore about whether a record is going to skip, but it is still important that our music be optimized for a playback format.

At ST Mastering our concept is that the mastering engineer's job is to do whatever it takes to make the band, the producer, the mixer, and the record label sound great. A good mastering engineer will know exactly what to do to prepare our tracks so that they sound the best they possibly can on services like Spotify and YouTube. They'll also be able to pick up red flags like into sample peaks. You could think of the audio mastering engineer like a photographer who specialises in retouching images. They make the grass greener and the sky bluer. It's really whatever it takes to make audio recordings sound amazing. Alot of us are working in home studios that probably aren't acoustically perfect, or maybe we're even mixing on headphones and there's no absolute guarantee that something that sounds good in that environment is necessarily going to sound quite as good on other playback system. A good online audio mastering engineer will be able to identify and fix anything about our music that maybe won't sound so good on a different system. For instance, it may be that your music has slightly too much low bass that you didn't pick up on your small speakers at home. It may be that there's a little bit of distortion that you hadn't noticed. When you weren't looking a good mastering engineer will be able to pick up on these things and fix. Finally, the third thing that a mastering engineer can do for you, which is really important is to make a collection of tracks, feel like a coherent whole, I'm sure we've all had this experience where each individual track we make sounds fine on its own, but you put them together in a playlist and suddenly it sounds like a complete mess. And then you end up chasing your tail cutting bass from track one to try and make it sound like. Two and adding treble to track three, and you go round and round in circles. That is something us mastering engineers specialize in. And they're really good at, in other words, a human mastering engineer is kind of like a safety net for your music is someone who can listen to your tracks on a really good reference system, identify potential problems with them and optimize them for whatever release format you have in.

But here's what audio mastering is not. Mastering is absolutely not some kind of plug in you use or a preset that you can use to make something mastered. Or an artificial intelligence machine for high profile mastering. You can use those kind of tools to make something louder or brighter or edgier or whatever adjective you want to use but all that is; is making something brighter, making something louder, whatever that happens to be. Professional audio mastering is the process of listening to whats going to be portrayed to your target listener. So now if you buy a mastering plugin, it'll actually have tons of processes in it that human mastering engineers never use. And it will also have a ton of presets that change your mix far more than any human mastering engineer ever would. These products won't listen to your music, identify problems and sort them out, but they will widen it and compress it and eat, cue it and process it in parallel or whatever happens to be fashionable at the time. It applies all these crazy processes to it. We think you should think of that as part of the mixing process and not as part of the mastering. 'cause one of the most valuable things that our human mastering engineer can do is nothing. If your mix sounds right as it is a good human mastering engineer, we'll leave it exactly as it is.They will do nothing at all to it. And that is something you won't find as a preset in any mastering. They're not a safety net. They won't save you from yourself. And the way that human mastering engineer can.

A great online audio mastering service is going to listen to the track and understand what it needs. Because some tracks come in and they're way too bright, so our job is to soften the high frequencies. Some songs weren't bright enough so you have to boost the high-end. Some have a very nice high-end except there's too much of one specific frequency and we have to scoop some of frequency out to get everything else in place to sound good. So to sum up what audio mastering is in a whole. It's a listening process and making the changes that are custom and appropriate to the specific recording to make it the best it can possibly be and to translate across all playback devices.

Mastering is also not the process of just making the audio sound loud. That might happen on some masters. Other masters are about sounding warm and smooth with a full dynamic range and others are about being loud and aggressive. Thats why we provide a free dynamic mastered version with every package so you have a choice.

So that's it. We hope this helps a little to let you know our take on what audio mastering is and what mastering is not. And remember do your best to keep things simple. Stay focused on the music and the rest should take care of itself.